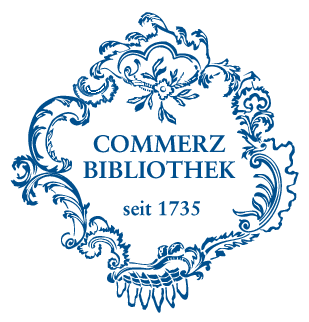 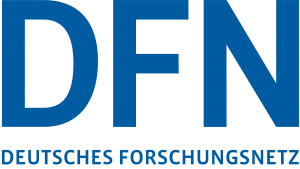 We thank DAASI International for the excellent cooperation and the smooth project workflow that enabled the use of the connector according to plan, despite a narrow time schedule.

With DAASI International we could find a partner who is 100% competent in LDAP regarding training and consulting, and who can stand as reference for Germany.

… and almost without us having to do anything, we are now part of the DFN-AAI (Authentication and Authorization Infrastructure of the German Research Network).

The IDM project executed by DAASI International led to a considerable efficiency increase in the account administration, and to a respective added value in the utilization of services.

Head of the department for planning, organization and data processing at the UdK Berlin

The planning and implementing of the web-based single sign-on procedure was always shaped by a solution-oriented cooperation, that entirely satisfied us professionally.

The main focus of the GESIS – Leibniz Institute for Social Sciences project was their connection to the DFN-AAI and the simultaneous establishment of their own authentication infrastructure. For this purpose, a Shibboleth Identity Provider was created which receives its data from an OpenLDAP-based directory service. Through the linkage to the Active Directory, an automatic filling of the user information into the directory service was achieved so that password changes of the users are now synchronized directly. This way, the GESIS employees are allowed a single sign-on for their applications. The connection to the DFN-AAI allows GESIS to provide its own services to the users of other organizations as well as to make the offers of the other members of the DFN-AAI available to their own users. Thanks to the great experience of DAASI International, the project was realized within a few weeks.

The Justus Liebig University Gießen commissioned DAASI International to optimize the connection of the JLU to the central placing procedure of the foundation for university admission. For this, a connector was developed that links the Justus Liebig University to the Dialog-oriented Service Procedure (DoSV) in order to transfer the applicant data from the central service center to the local system at the smallest possible time intervals. Thus, the status changes of the various applications are also available, always locally updated in the HIS software used. After two tests, in which both the course of the applications as well as the interplay with other universities were examined, the system could be productive with a degree program on June 1, 2015 and has been available since then for the application for a place to study.

The establishment of an Active Directory (AD) for the Max Planck Institute for Solid State Research was carried out with the aim of continuing to use the existing OpenLDAP server as a primary system for users and group members. A Samba server configured as an NT4 domain controller has been connected to these so far, which should be replaced by an AD to be built during the project. In order to allow users to change their password for all applications and systems at the workstation, a synchronization of the password from the AD into the OpenLDAP directory was established.

In addition to the didmos Pwd Synchronizer, the ETLflow didmos module, which is configured so that a complete synchronization of the data can be carried out at any time, should the target data be incorrect. As a permanent solution, the didmos Provisioner ensures that users can quickly read and transfer attribute changes from the OpenLDAP server to the AD, which makes a permanent update possible.

The Max Planck Institute was interested in setting up the AD on its own using a concept developed by DAASI International. In addition to the commissioning of the concept, telephone support was provided during implementation. As a result, the Max Planck Institute is now in a position to independently manage the infrastructure being built. Thanks to the close cooperation and independent implementation during construction, the AD can always be adapted to new needs.