What is Gluu Server?

Gluu Server is an open source software for Access Management by the US developer Gluu. With Gluu Server, they offer an open source platform to help companies monitor access to their own resources, and those within a partner network. As the software is based on the protocols SAML, OpenID Connect, and OAuth2, almost any given application can be connected. TTherefore, Gluu Server is a flexible access management software that can increase data security and reduce costs in the long run. Single sign-on for all applications significantly improves the user experience – even beyond the limitations of the aforementioned protocols. 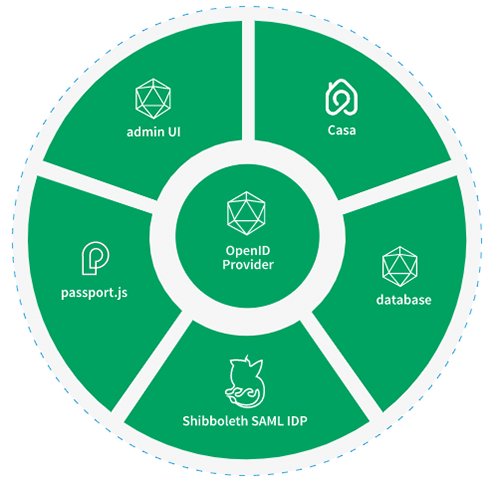 The functionality of Gluu Server can also be extended with additional optional Gluu applications:

Gluu offers their software in different versions, which come with different functions and hence, address different use cases.

We are happy to do a requirement analysis with you in order to determine which Gluu version is the most suitable for you.

Gluu Server can also be used in the context of federations. The typical application case is the SAML2 protocol. This is especially useful if users also need access to services and applications across organisations. Federated Identity & Access Management eliminates the need for multiple SSO agreements. Instead, single sign-on works cross-organisational.

To ensure that Gluu remains open source in the future, the company decided in 2020 to publish central functions with an open patent under the name “Janssen” via the Linux Foundation.

Janssen is an application for authentication and authorisation with OIDC and OAuth2, on which Gluu Server is built. Janssen is thus a further development of the previous component oxAuth in Gluu and will replace it in the future.

Janssen already offers many of the core functions out-of-the-box, such as the OIDC/OAuth2 authentication server, the connection to user management, support for 2FA and configurability via a command line interface. 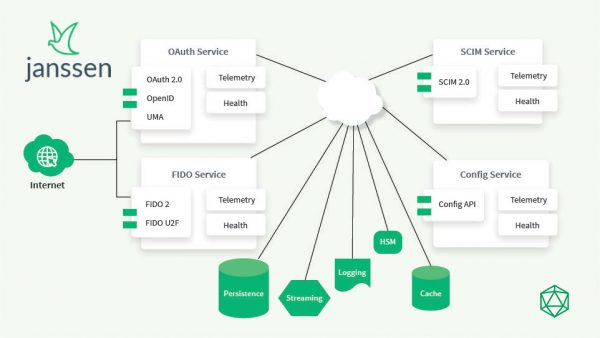 As an official OEM partner, DAASI International offers the following services for Gluu:

You have a question concerning Gluu Server?

DAASI International gladly answers all of your questions.