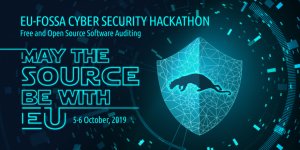 Last weekend (October 5th – 6th), the „EU-FOSSA Cyber Security Hackathon“ took place in Brussels. The European Commission had invited more than 100 developers from 18 different countries to come together at the Silversquare Triomphe in Brussels, to talk about innovations in the area of open source, to develop new features, and to find and fix bugs as a team, which could further their open source projects. The event was about selecting open source programmes for the new infrastructure of the European Commission.

The hackathon is a part of the EU-FOSSA 2 (“EU-Free and Open Source Software Auditing project”) project, which is organized by the European Commission’s Directorate-General for Informatics (DIGIT). EU-FOSSA 2 will offer a systematic approach for the EU institutions to ensure that widely used critical software is reliable. The project will help reinforcing the contribution of EU institutions to ensure and maintain integrity and security of key open source software. Within EU-FOSSA 2, three different hackathons have taken place so far.

The slogan of the hackathon ”May the Source be with EU” underlines the decision of the European Union, to not only name open source as an important topic, but to also pledge to use open source software within its own infrastructures whenever an eligible solution is availabe. The actions are guided by the vision to establish an infrastructure based solely on open source products, which would not only be independent of any manufacturer, but ultimately also safer. The different open source projects were invited to contribute to this vision, among them representatives of Camunda, Kafka, WSO2 and midPoint.

midPoint as IdM Solution in the Spotlight

midPoint was one of the eight central open source projects which were discussed at the third EU-FOSSA 2 Cyber Security Hackathon. midPoint gold partner DAASI International was also taking part in the event as an invited participant and was represented by its founder and CEO Peter Gietz. During the working phases of the hackathon, the participants were divided in different focus groups, so they could concentrate on their respective topic. Peter Gietz’s group, the midPoint group discussed numerous topics, talked about recent developments and tested the waters for future partnerships. Among others, the Evolveum founder and developers met with partner companies and important customers to find out about their wishes regarding their IdM software midPoint. This also led to a conversation with representatives of Internet2, the US-American research network, for whom midPoint is a central building block of their Open Source Suite Trusted Access Platform; here, an approach similar to the one of the European Commission is employed.

“The discussion with the important midPoint players were very fruitful and constructive, and it was nice to reconnect with old friends from the United States,” summarized Peter Gietz. “I think events like this one are invaluable and I am very happy that the idea came up to organize such meetings again in the future, independent of the initiative of the European Commission.”

For DAASI International, as a gold partner of the midPoint developer Evolveum, this event was not only an opportunity to strengthen and extend the existing partnership. It was also a chance to initiate an exchange of knowledge and information regarding the challenges and opportunities of the open source world with other companies and associations. The EU-FOSSA 2 Security Hackathon was an exciting event paving the way for the future and making a successful contribution to validate the slogan of the hackathon: “May the Source be with EU!” 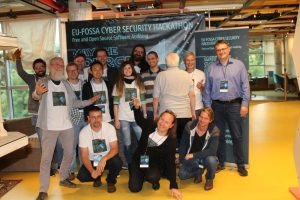