The Deutsche Forschungsnetz (DFN, German Research Cluster) promotes German research collaboration since 2007 with their federation DFN-AAI for institutions of higher education. In the federation, all services and resources of all participating institutions with just the regular individual user account from one’s respective home institution. In order to join the DFN-AAI participating institutions need to have a SAML based single sign-on solution. Most of the institutions use a Shibboleth Identity Provider (IdP) for this. Especially smaller schools, which struggle with scarce IT resources as it is, the DFN had offered to host their IdPs to participate in the federation.

Earlier this year, the DFN then announced the termination of the hosting service on 30 September, 2022. In order to enable the smaller institutions to still participate in the DFN-AAI, the DFN recommended to swiftly approach an appropriate service provider for support.

By now, the migrations have been successfully concluded while recognising the individual requirements for each. All migrations done by DAASI International are already productive within the DFN-AAI. They are either hosted in German data centres as cloud solution, or on-premises using the schools’ own servers. 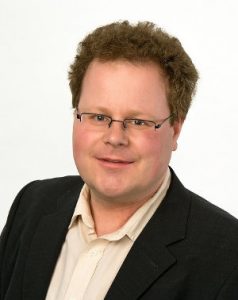 One of DAASI International’s senior consultants, Martin Hitschel, phD, who was in charge of the migrations, summarises the work on the IdP migrations as follows:

“As a team, we were able to successfully migrate the DFN IdPs, both, the on-premises as well as the ones in the cloud. Moreover, we were even able to meet customers’ requirements in regard to reliability, and set up single-node and cluster instances. The collaboration within the team was great, and it was a lot of fun to work on this project. At the end, we were done with all IdP migrations with a week left until the deadline.”

As company which itself originated from a research project, DAASI International sees research as a matter of the heart. Hence, they are all the happier to have an opportunity to help smaller institutions of higher education with limited resources by hosting their IdPs, while also promoting research collaboration.